Eve is a Murder Village 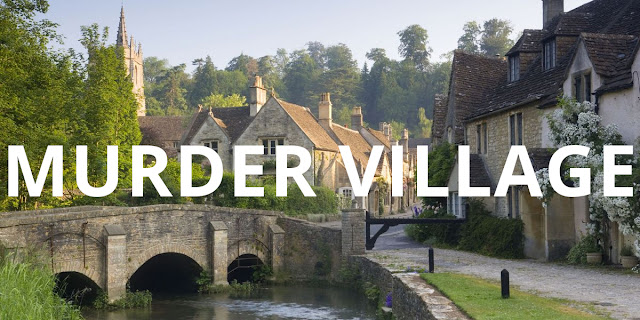 I had an interesting conversation the other day with my good friend and fellow Stay Frosty pilot Cervantes Marovinjun. And it brought up something interesting I thought worthy of further exploration. The idea of "codes of conduct" and what they mean within the context of Eve. Especially when it comes to pirates. As you all know Stay Frosty pilots operate under a code which essentially boils down to don't be a dick, keep your word, and don't hurt your fellow Alliance members. But that isn't the kind of code I'm talking about here today. Because within that world every single pilot forms their own sort of code. A self-imposed boundary of rules, regulations, and conduct that is unique to them. And under which they tend to operate.

As an example I will share with you my current feelings when it comes to podding a pilot I've just removed from their spaceship. I've podded over 1,500 players in my career so far and lately I've come to form this set of boundaries for when, or if, I decide to pod someone. If the other pilot has been honorable and put up a good fight, I won't pod them. There are some extenuating circumstances to that rule however, because often in the heat of battle decisions have to be made quickly. Often podding is a tactical decision made under duress, so this is not always a hard and fast rule. But I do try to let good pilots go on their way and hope that the same is given in return. Other pilots however need to learn. Although for the last year or so I've been much more likely to give younger players warnings in local before I scram their pod. I really am trying to be a nice pirate.

There are pirates that pod every time they can. And there are pirates that never pod. Within Stay Frosty there are pilots who only fly T1 Frigates. Or only fly certain ways. Some look down on gate camping, or baiting, or flying ships that blap enemy ships with overwhelming damage. Some kill Ventures and some won't. There is an entire spectrum of opinions when it comes to what is honorable and what isn't. On how each pilot approaches living within the murder village that is Eve Online.

Obviously I welcome and respect each player that makes those decisions for themselves. And I admire those that have dedicated themselves to certain pursuits. Even outside the context of combat, there are players whom I admire for their dedication - to industry, mining, exploring, whatever floats their boat. Diversity is great and we all have opinions about how Eve is to be played. Or how we choose to play it. And the fact that Eve can support those choices speaks volumes about how amazing New Eden truly can be.

Some pirates choose a play-style that leans heavily into the "always win" category. They choose to engage only when the odds are in their favor, when they can be reasonably assured of a win. These players typically have an outsized victory percentage. A lot of wins with very few losses. Early on in my career I tended to look down on these players as missing the point of combat. In fact, over the years my opinions about a lot of things have evolved and changed over time. When I started flying in Low Sec all those years ago I brought with me many of the traits I had been taught from my time in Null Sec as a young player. It took forever for me to become comfortable talking in local. Because doing so was forbidden in Providence under the CVA umbrella. Another thing that you rarely did in Null was put anything in your head. Because getting podded in Null is a thing that happens to you regularly. But that concept followed me and for years I rarely flew with anything in my head. I took it as a sign of strength to win fights without implants or links.

I could go on and on with examples of ideas that had formed in my head over the years that I had to wrestle with as I moved along in my journey. And how presumptions affected the way I played the game. Many players wrestle with their own presumptions, veterans, new players, and all those in-between. I never understood HS gankers until I spent time talking with ABA's infamous HS ganker MacGybo and learned more about the sheer amount of planning, thought, and preparation that goes into that play choice. It doesn't mean it is for me, or that I still don't worry when my alt is moving stuff thru high-sec, but it just goes to show you that we often make presumptions based on a lack of knowledge or understanding.

So what presumptions are you operating under right now? Do you believe that pirates are cold-blooded killers? We're really not. Or that all Null Sec players care about is amassing wealth? They don't. Or that High Sec ganking is an easy choice? It isn't. Maybe what you need to do is ask yourself, why would another human being choose to play that way and find out for yourself. I bet you anything that there is a great story behind those choices, a story that might just open your eyes - even just a little.

I know that my own journey is constantly evolving. And that what I believe today might change tomorrow. As I get older I have to believe that. We all do. Because living in a murder village isn't easy, but even there I still have much to learn about survival.