For Want of a Horse 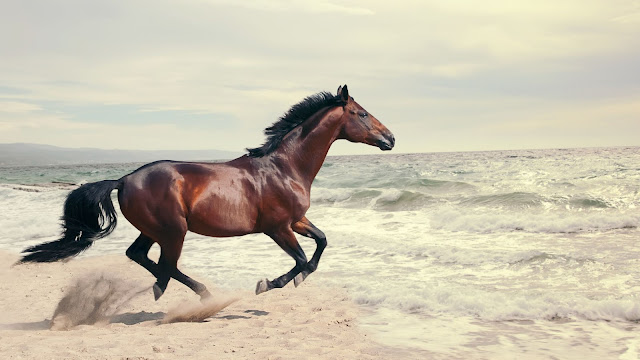 This post has nothing to do with horses. The post image is a lie. "For Want of a Horse" is the name I gave my new Kikimora yesterday as we formed up a nice small gang of Kikis and support ships for a jaunt into Null Sec. I have no idea why I named it that. I often name my ships on the spur of the moment, in a fit of creativity and inspiration. My Kikimora lived for two jumps and then it was dead. The roam hadn't even started yet.

Little did I know that my day wasn't going to get much better. I'd love nothing more than to tell you a grand tale of adventure, of daring do, of exceptional piloting under crushing odds. And I often do tell those stories here in these pages. But, just as often, I also like to tell the other kind of story. I think it would be boring just to hear about how amazing I am at my chosen craft. How I tricked a ship into fighting me. How I defeated an Enyo with my Hookbill (which I did earlier in the day yesterday), or the hundreds of other tales with happy endings. I prefer to expose the dark underside of that myth, because it also happens to be true. Often, I just have a bad day. Yesterday was one of those.

I landed on top of a Condor. Bad luck. I also had forgotten to pack the right ammo in my cargo hold, so I was stuck defending myself by not being able to hit anything. As you can imagine that did not go well. The fleet was too far behind me to help. So Lufax was kind enough to contract me another Kiki and off I went to catch up with everyone.

I missed out on some sweet combat because I was next door shooting a Mobile Warp and had a combat timer, so I couldn't jump the gate to help. When I finally did get the chance to jump I landed right next to a Dominix who decided the best course of action was to completely drain my ship of capacitor. Which, as you probably know, is not good for me. And while I did lose yet another Kiki, at least the Domi also exploded.

Luckily I had some ships nearby. I could have chosen from several interceptors, a Wolf, or a few cruisers, but no - instead I picked an Ashimmu. The roam was dying down and I figured this was my chance to get it home safely. The Crow that started following me had other ideas. After a few jumps and back and forth action, evasion, and other stuff I found myself jumping into the Crow. Which is when two Ravens and two Drakes landed. As you can imagine, with the rest of my gang on the other side of the system, I didn't last long. Certainly not long enough to make it back to the gate with aggro. After that I just sat there in my pod waiting to be sent home. I deserved it.

That was a bad day.

Let me leave you with this. I am an exceptionally great Eve player. Almost fourteen years of experience. 10,000+ kills. 2,300+ solo kills. Nearly 300m skill points. Blah blah blah. Yadda yadda. It doesn't matter. Sometimes, no matter who you are, you are going to have a bad day. You are going to fuck up. Things won't work out in your favor. It happens. The important thing, and this is crucial not only in Eve Online but out here in the real world, is what you do next.

You know what I'm doing next? I'm going to log into Eve again today and do it all over again. As if nothing ever happened yesterday. And yes, by now you realize that I lied about the horse.

If you fall off, you get back on.