The State of Eve Online | redux 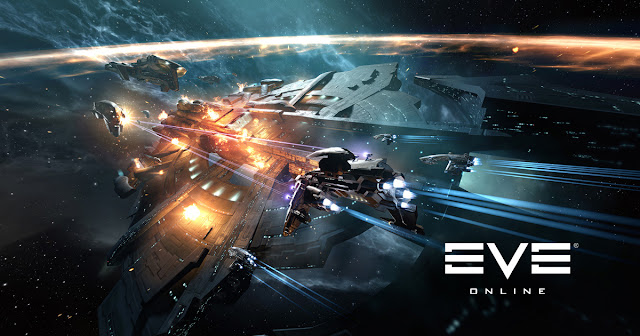 2,747 Posts over 12 years of writing on this site. Almost 5 million readers in total. Over that time period I've made sarcastic posts, posts full of irony, posts shared with other Eve Bloggers, posts suggesting good ideas and posts suggesting bad ideas, posts about hats, posts about the frills on a Vagabond, posts about Wars, about players, about CCP, and posts about any other subject you can imagine. And sometimes, reluctantly to be sure, I've often responded to other player's posts. I generally try to avoid that because it is fraught with danger. I much prefer to stay over here in my corner of the community and do my own thing. But last week I broke that rule (once again) and wrote what I thought was a great response to a post my friend Dunk had written about the State of Eve Online.

Many readers took my response as an indictment against the players of Eve. As a writer I take that on my own shoulders because I should be better at communicating my points as clearly as possible. It was not an indictment against players, it was a challenge to the player base to think about Eve in the way I believe we, as players, should be thinking about Eve. If you really want to throw blame around there are plenty of places to toss it and CCP is certainly one of those places. However, and let's be clear here, just as the player base in Eve changes constantly under our feet - so to does CCP. They are not the same company that started this game, they aren't the same company they were in 2015. And we are not the same players. Eve itself is not the same game.

The world around us isn't the same. Eve Online has been running along now for almost 20 years. It has a long and vibrant history and hopefully it will continue for much, much longer. I, like most of you reading this, can sit around and throw ideas into the void on how best it should be "fixed" until we are blue in the face. And we often do. I do it all the time here in these pages. And I threw some ideas around in the last post. I could do it again right now. Let me show you how easy it is. Eve is almost 20 years old now and one of its biggest problems is retaining new players, always has been. Last night I watched some of the 2016 Keynote with Seagull and Ghost talking about the new player experience and how 1.5 million players tried Eve Online in 2015. Most quit after two hours. That's horrible. After so long trying and failing to figure out the NPE (Heck, you can even play for free now!) maybe it is time to admit we can't crack it and just ignore it? Maybe we give new players everything they need to fly Cruisers and 40 million skill-points to get started? And a free ship or two, made by players, to help them along? Let's technically eliminate new players from the game and give them the tools they need to participate out of the gate. I mean, after all, what we all want is more players playing Eve right? And one of the biggest barriers to that is that long 20 year history and the long learning curve of starting from scratch.

See how easy that is? Is that a good idea? Probably not. I mean we could break this down even more. What if character creation went back to having meaning when you start? What if those 40 million skill-points varied by the choices you made about your character? Industrial, PvP, Explorer, etc? Racial? Remember those? Does that make that idea any better?

I could write an entire post about that simple idea. But I'm not going to.

The thing is, we shouldn't be blaming anyone on the current state of Eve Online. The past is something we can't change. All we can do is try to learn the lessons the past is trying to teach us and work on doing better in the future. We, as players, shoulder some of that responsibility. Of course we do. And CCP shoulders much of that responsibility, of course they do. Eve is complex, deep, and long in the tooth. Changes reverberate in ways that cannot often be predicted. Radical change often brings with it radical response from the player-base. I have a signed copy of the Incarna expansion poster on my wall as a reminder of that fact.

All I want is for Eve to continue. I'd like nothing more than to see it last another 20 years. I think most of us can agree on that much.