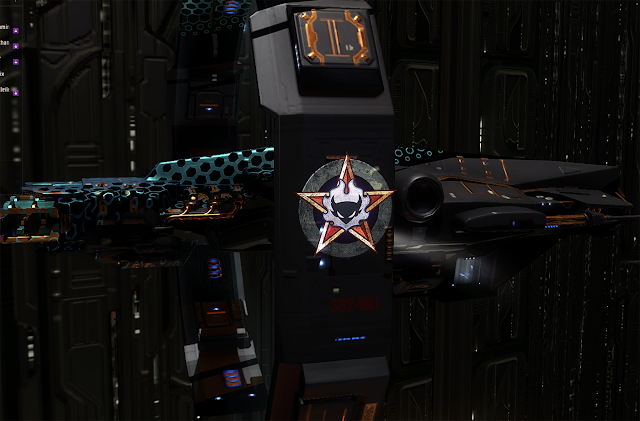 Recent FW changes have been both spectacular and rather devastating at the same time. While LS is more vibrant, active, and challenging than it has (literally) ever been, there are some dark corners to the expansion for us Pirates. Asteros, Daredevils, Dramiels, and other like-minded mainstays of our pew pew play-style have all but been rendered hangar babies, collecting dust in the corner. No longer welcomed into most FW plexes and regulated to creeping around empty space hopping some idiot is ratting in something they shouldn't be.

And while solo combat has always been a niche pursuit hovering on the edge of death for as long as I have been playing Eve - recent changes have pushed that choice to the edge. With more activity in less systems the solo pilot has even less chances for a solid engagement than ever before. And while we are among the most resilient and creative pilots in the entire game - there is only so much we can do. Yesterday I attacked an Incursus with a Rifter and got blobbed by a duo of Corm Navy Issues for my trouble. While this is an isolated instance, I see the story repeated over and over again in my Corporation. I'm not complaining, I'm expressing concern. As is every single pilot in Stay Frosty.

Don't get me wrong here. The skies are full and we hear rumors that some previous Null powers might be moving to FW space. The more the merrier. Getting fights is not hard now, simply undock and warp somewhere. You'll get a fight. But quantity is not quality. Granted this is early. We'll see how things shake down over the rest of this year. I remain excited about the changes - and the potential. But I also have concerns.

This will be my last post this week. I'm taking a much deserved break and will be back again next week.