The Frill of Victory & the Agony of Defeat 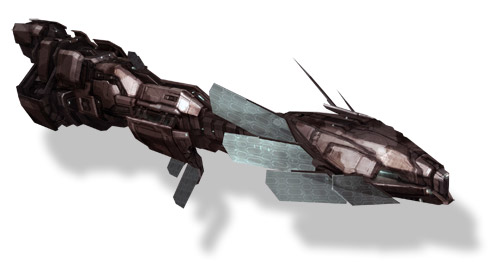 [For a full run-down of the timeline and participants involved in bringing back the "Frill" please visit the FRILL SEEKERS page.]


One of the great things about the Eve community in my humble opinion is the community in the Eve community. That piece of glorious concept art above is a shining example of that community in action. From the lowest ( but extremely friendly neighborhood ) blogger, to the CSM, to RvB, to my fellow Bloggers, to Stan and the amazing event, to EON, to the daring souls who allowed me to but Elizabethian Frills around their necks, those that wrote parody songs and Roc who let me use his music, and all those that helped from the sidelines... but especially to those at CCP that took my protest somewhat seriously and helped spread the word inside the walls.

I'm not seeking credit or affirmation here. In large part my consternation over the removal of the Frill, at least initially, was the futility of the decision from a purely aesthetic design standpoint. It smacked me in the face like a fart, why? Why would someone remove a distinct legacy design feature from one of the most distinctly Eveian ships in the library? That was my initial reaction.

As usual my anger manifested mostly in good humor. And I promised to continue mocking the decision until it was reversed. I quickly moved on to Stage Two, which was the realization that this seemingly minor infraction was in fact an extremely important water shed moment in our relationship with CCP.

Could the player base actually effect positive change within the game? Since last Summer's events, CCP has made numerous statements that have led us to believe such a change would be possible. So why not test that theory over something as trivial as the wings on the Vaga? Why not indeed.

The rest is available thru links in the FRILL SEEKERS page on the menu in the upper left sidebar.

The most important thing is that image above. And the change that happened in one man's heart. It all comes down to one person eventually. And had he not paused and re-considered, we wouldn't be talking about this now. A huge thank you to CCP Huskarl for being that person. I hope someday we get the chance to meet in person and I can shake your hand and say thank you. But until then, I am lobbing those virtually towards Iceland even as I write these words.

Finally, I couldn't leave it without a final word of caution. Eve is growing up. And as time continues to pass, let us not forget the past. Change is good and Eve will continue to evolve and grow. ( We hope! ) But as it does, let us not forget the legacy. Not everything needs to be buried in the dust bin of the past. The "frill" is the perfect example of how a legacy item can be honored. By respect and admiration, and a generous application of common sense.


As is so often the case, real life > Eve. I can't finish this post without mentioning the horrific news this morning regarding SeanSmith > Vile Rat. So many others are writing of their personal connections and doing a better job than I ever could, so I will be brief.

I spoke with him several times back in Providence. It was during the collapse of CVA/LFA/PXF in 2008 or 2009. I don't remember the specifics, but I was acting as diplomat and we were asking Goons for help against -A-. I remember that part and I remember Sean. Despite him being a Goon, he was always on my "good guy" list and personally neutral on my contacts. We did manage to work out an agreement by the way. So thanks for listening to a Noob try to be a diplomat.

This horrible news strikes me rather hard. And it puts the rest of the game into its proper context. Especially given the time it happens to be. For me personally, this time is already significant in so many ways. And now this. My deepest and most sincere sympathies to his family and friends.

I only hope that wherever he is today, that the ships fly free and reckless there.