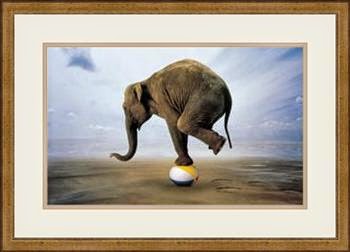 I want two things from CCP this year. And neither of those have anything to do with hats.

The play-style environment that I love and enjoy is endangered. For the last few years we've seen one little change after another erode that environment. And, while none of these changes have been bad on their own, the cumulative effect is the same. The road to Hell is paved with good intentions.

Luckily it is easy to re-balance the world and set things right. To give us a 'win' to encourage more PvP and set things on the right course again. We don't have to watch an entire species end up in a museum, or protected game reserves. We can stop the tide right now with two very easy, non-legacy code excuse, simple changes that MAKE PERFECT SENSE!!

And yes, just so we are clear, I am fully prepared to harp on these all year until someone comes to their senses. So CSM Candidates, get on-board with me and we'll work to get you elected.

The two things are:
1) If a ship is being boosted by a T3 in any capacity, that T3 needs to appear on the killmail of any target that ship explodes.

2) And Warp Core Stabilizers need to only work on certain types of ships, like Industrial and Transport class ships, as intended.


T3 Booster's on Killmails
Back in August of last year I wrote an impassioned and reasonable explanation about why this is needed. I understand that putting T3's on-grid is difficult and I appreciate that we may never ever see that happen. I also appreciate that CCP needs the extra income from multiple accounts, that some players need a security blankie, and that true change in the booster role may be decades away.

Which is where this change comes from. It is simple, elegant, and makes perfect sense. The ships that explode another ship should be on a killmail. If one Tristan explodes another Tristan, and the victor was being boosted by a Legion, then that Legion needs to appear on the km. This is not rocket science.

Part of the problem is the growing popularity of PvP videos and twitch accounts. If you are reading this and you don't have young children you may not realize just how freaking popular watching other people play games is. I'm shocked at how much my boys, 11, 10 and 9, watch other people play video games. I don't get it. But there it is. In our world that means Eve PvP which is often a Solo dood taking on incredible odds and winning fights that are the talk of the internets. But he isn't solo nine times out of ten. This is creating a false sense of what PvP is really like to our younger players. And setting expectations falsely high. I know, I run a 200 player PvP Corporation. Trust me.

Just put the ships on kms. Everything else remains the same. I'm not going to use the word "fair" because I don't believe in fair. But this comes pretty close.

WCS
I won't bore you with linking a previous rant about Warp Cores. I'm rather well known for my stance on these. It is incredible to me that this change is not already on the lips of every decent player in Eve. As more and more incredibly horrible fits with 4 or 7 or more WCS are linked and bantered about in the community - no one seems to care.

And again, this is an easy change. Heck, I understand the need for this module. I really do. My alt has a transport ship that has WCS's on it, because I use that ship to transport very expensive items thru space. I get it. And I understand that miners may want that security as well. I'm not here to ruin anyone's legitimate game.

But when something becomes abused it is a problem. And anyone that doesn't believe WCS are being abused is lying to themselves. To be honest I'd rather see the game mechanics that cause WCS to be used changed, but I'm trying to be understanding and make this as easy as possible.

So the solution is to make it so WCS can only be used on Industrial and Transport class ships. Period. Done. Problem solved.


See? That wasn't so bad and immediately Eve is a better game for it.


PS: Another potential solution for the issue of WCS that keeps the mechanic's usefulness while rendering it useless in PvP: Fitting one or more to your ship renders all other modules except propulsion off-line.