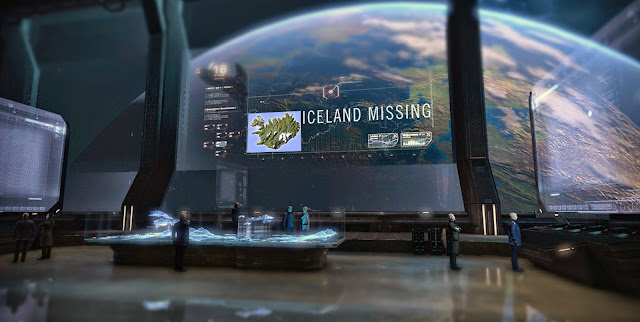 I'm not going to mention any names in this post. My intention is not to call anyone out. But the idea of Eve's toxic community has once again, for the millionth time, risen to the surface of the conversation. If you are not aware of the specifics, I'm also not going to link to them here. Suffice to say our community is horribly toxic and destructive and hurtful and angry. Again.

First of all, and most importantly, let's be clear up front that I have zero tolerance for bullies of any kind. No one should have to endure toxic attacks online, in the real world, anywhere. Not the actor playing Jar Jar Binks, or someone who plays Eve Online. Specific incidents of this kind of activity are horrible, painful, and should be dealt with.

Secondly, it is true that Eve Online is a harsh, dark, nasty, complex game that CCP purposefully created that way. They have spent the last 15 years ensuring that it remains that way, despite drunken suicide threats, home invasions, service attacks, and all the other horrors that HTFU have spawned. This is a game imagined by Vikings on a cold, desolate island in the North Atlantic. We can argue and debate if this was the best course of action for the long-term success of this game (I don't believe it was, or is) but here we are. No sense sugar coating it.

With all of that said the Eve Community is not toxic. It is a myth and to believe in this myth is to continue to help spread it. The Eve Community is awesome and full of awesome people who support charities, help each other out (even strangers), give of their time, worry about each other, worry about our game, travel thousands of miles to spend time together, create amazing works of creative power, and generally exemplify all that is good and decent about gamers. All with a sense of humor, and all the inherent weirdnesses that often come with social awkwardness, fear, insecurity, and isolation. Which is true of any community.

Individuals are toxic. And I personally know a bunch of them. I have two of them blocked on Twitter. If I were to show my face over on Reddit a few of them would show up in the comment section. They always do. If given half a chance they have, without reason, spread all kinds of insults, lies, and fake news about me and my family around the internets for the past ten years. But that is not the "community" doing that - those are individuals choosing to do that. And I happen to believe that is an extremely important distinction. People are things we can point at and expose, a community is only something that we can wave at. It is amorphous.

I believe it is vital to make the distinction between a single person and a group, community, or organization. Especially in the time we currently find ourselves living in. Labeling a group under the umbrella created by bad actors endangers the entire group by association. A person can be dealt with and banned, removed, ignored, blocked, or helped. But an entire group?

This community of ours saved my sorry ass when I needed it most and I won't ever forget it. I'm not ashamed, or embarrassed by it. In point of fact, I am very proud of it. And I believe I've worked my butt off to pay it back in spades. So no one will ever convince me that this community is toxic. Because it is, like always, only the work of a desperate, confused, ignorant few. Most of whom are super easy to ignore.

If you are really concerned about the toxic elements in our great game, then I suggest doing what I do to avoid them. Here are some helpful suggestions:

• Block bullies on Social Media. I do. You won't miss them.

• Meet Eve players in person. They are awesome and you'll become life-long friends with many of them and then one day find yourself inviting them to your house and then 30+ of them will show up. And it'll be so awesome you'll do it for three years straight. I have. Our next meet is July 21st.

• Join or create an incredible corporation/alliance. Find your place in Eve. And if you can't find one, create one. I did.

• Do your thing. Ignore the idiots, trolls, and bullies. Find your thing and keep doing it. Eventually good things will happen. I do this all the time.

• Let Eve be Eve. Fight for things you believe in, but do it in a positive and encouraging way. You'll be surprised how much more you can get accomplished. You can get WCS Banned, or wings put back on Vagabonds, and have your opinion matter. Trust me.

• And always remember that bullies are just expressing the troubles that haunt them. It isn't really about you, it is about them. Their insecurities and fears. Always keep that in mind, it helps.

Engaging trolls on their turf accomplishes nothing. You can't "win". Eve is much more fun when you control the narrative and ignore the bastards.

For anything worse we can file tickets, ask for help, or simply log off for a few days or months.