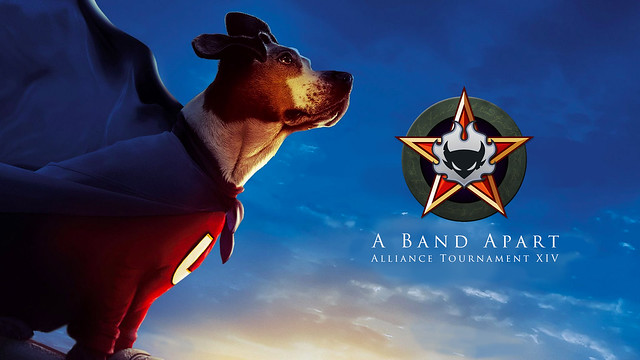 Today is the last day of voting in the CSM16 election cycle. This time next week I'll be watching the vote stream from CCP and learn my ultimate fate. Until then, just like everyone else, I'll have no idea regarding the results.

A few days ago I wrote a very positive spin on "What I've Learned Running for CSM" and that post continues to be very much true. If anything even more so in the final days. Every system I jump into now there are people telling me they voted for me. Support me. Or have suggestions for me. Sometimes those suggestions are even positive. lolz.

Look, I have no illusions here. I knew from the beginning that I'd be an underdog in this election. I stand for things. I speak my mind. And when I see injustice I act. Always have. That doesn't always make me the easiest person to love. I get that. There are plenty of candidates running that avoid conflict, that project a persona that is much easier to love. Personally I don't believe that makes them good CSM candidates, but that's me. You may not feel the same way. For me, I'd want a representative that I believe will fight for me and what is best for Eve. No matter what. Even if it meant standing up to CCP and not being friends with the Devs. And let me assure you right now, there are a dozen or more candidates running who will never, ever cross that line.

I once called CCP out in the pages of Crossing Zebras for constantly shitting on us at Fanfest when it comes to third-party services like model making, art, etc. I'd had enough. Every year we had to sit thru the same meeting and hear the same words, over and over again. I took a huge hit for that article. At the next Fanfest my Wife and I were ignored by many Devs, many would go out of their way to avoid us. One in particular took umbrage with the article and it took years for us to reconcile. Which we did. We're friends on Facebook now. But I didn't waver. And you know what? Many of those issues are better now. It was the right thing to do. I still believe in it. And I still think we have more to do. More progress to make.

Can you imagine some of my fellow candidates taking a stand like that?

I didn't end up on any major NS ballots. I didn't expect I would. It is a hard hill to climb. Just know this about me, I didn't even bother trying to get on any major NS ballots. If I do get elected it'll be with the support of players, organizations, friends, and a community that believes in me. Not on the back of any deal, or understanding, or accommodations. There are no strings attached to me. Of that you can be sure. I'm not running to win at all cost.

Will it work? Do I have a chance?

The thing about underdogs is that people underestimate them. That's why they are underdogs. So yes, to answer that question I believe I will win. While I'm not on any major NS ballots, those aren't the end all be all of getting elected. Just ask Mike Azariah. It can be done. And I have support from many corners of New Eden that you might not expect. I also believe that my supporters are extremely motivated and will actually vote. That isn't something that a lot of people can say.

All of this is why these election cycles are so much fun. No one knows what might happen. Other than a few of the top-of-the-ballot NS candidates, no one else knows if they will get elected. We all have to wait and see what happens next week.

No matter what, I had fun. And I don't regret anything.