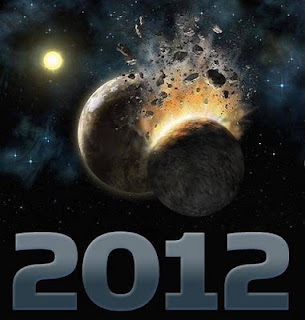 2012 is rapidly drawing to a close. It was, literally, the best of times and the worst of times. For a year that began horribly and almost saw the end of not only this blog but your friendly neighborhood writer - it has been a hell of a journey.

It is the first year in my Eve career that I spent an entire calendar year in one Corporation. I've been in the Tuskers for over a year now and I don't see that changing anytime soon.

These are the ones I'm most proud of!

• Posting As: Jester's Trek - I write a post pretending to be RipardTeg.

• Posting As: Mord Fiddle - You can probably guess what this one is.

• The Frill is Gone! - The post that started it all and brought the Frill back to New Eden!

• The Unexplained Journey - One of my best ideas ever.

• The Ring of Fire Project - Followed by one of the most important posts ever.

• Pay Per Kill - And my most predictive posts ever, as this series preceded the new Bounty System.

• GCC The Stand in the Corner Mechanic - Man, I was on a roll.

• EVEOTORIAL: The Sandbox - one of the smartest things I've written about Eve.

• The Mittani Killed the Eve Community - and the most controversial thing I wrote this year!

We also like to have some fun here on Eveoganda!

• 1v1 Eve Comic Video! - Speaking of videos this one is the best Eve video EVER!

• The Most Important Person at CCP Meme - Punkturis asked for it!

• Area Man Watches Eve Tournament - My Onion style parody that got picked up like real news!


Despite a rough start, 2012 was my third year writing Eveoganda. And I think it was the best year yet. The Eve Community is stronger than ever and we've stepped up to plate on a variety of issues this past year and taken responsibility for helping to shape the conversation about our beloved game. I'm not taking all the credit for this, nor even a percentage of the credit, it has been a community-wide effort and something we should all take credit for. I'm proud of my fellow Eve Bloggers, those in Tweetfleet, and everyone that reads and contributes in their own way.

It is the reason I stick around and put so much effort and time into something when I have better things to be doing.

Enjoy. Explore the archives. And hang on to your hats!! 2013 is going to be a Hek of a Year! (Unless the Mayans kill us all of course.)